My task was to design and produce a typeface screen for an iPad. I started planning this project by researching my personal favourite typefaces and seeing the history behind the designer and typeface itself. I wanted to incorporate an element of history into the design to give it more character. I ended up picking Futura as my typeface. 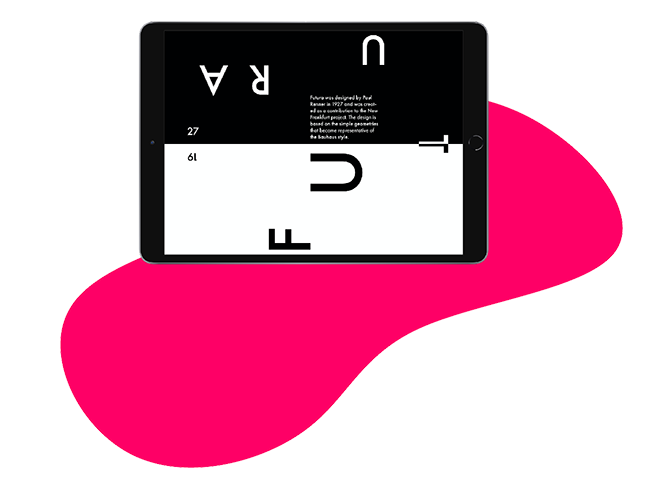 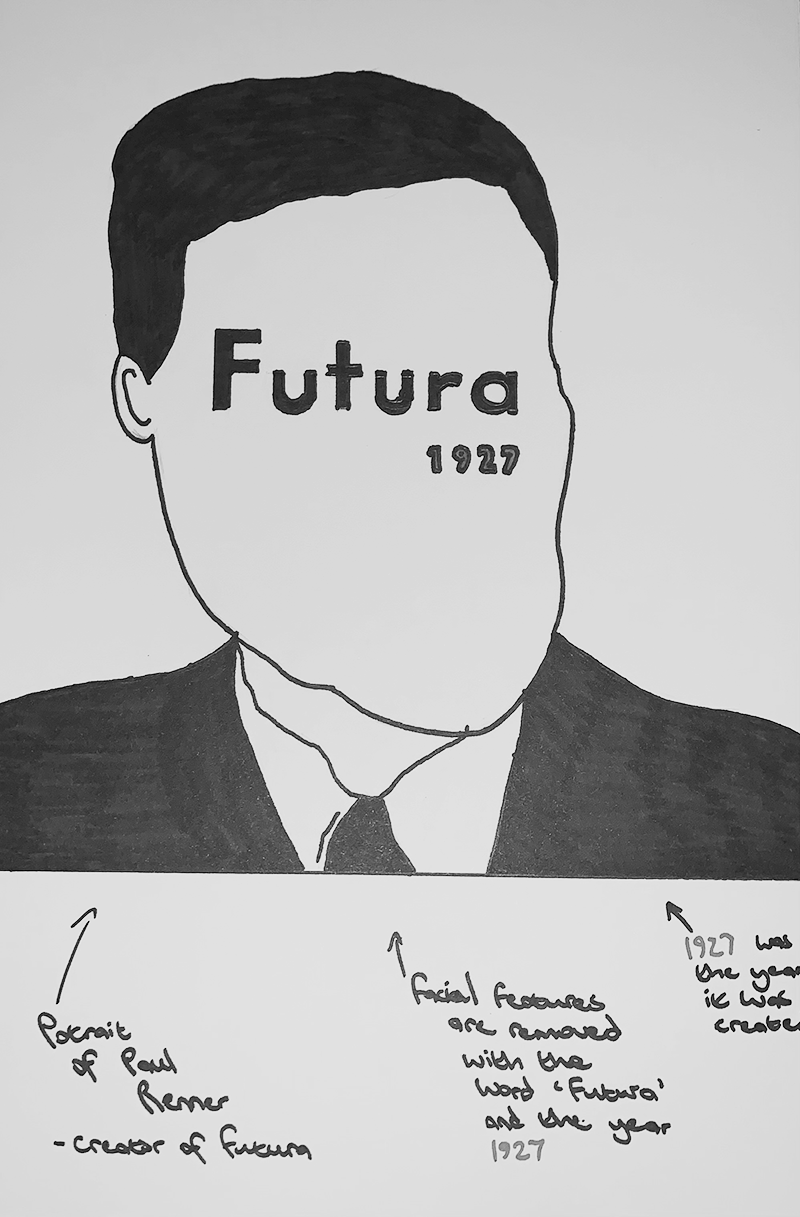 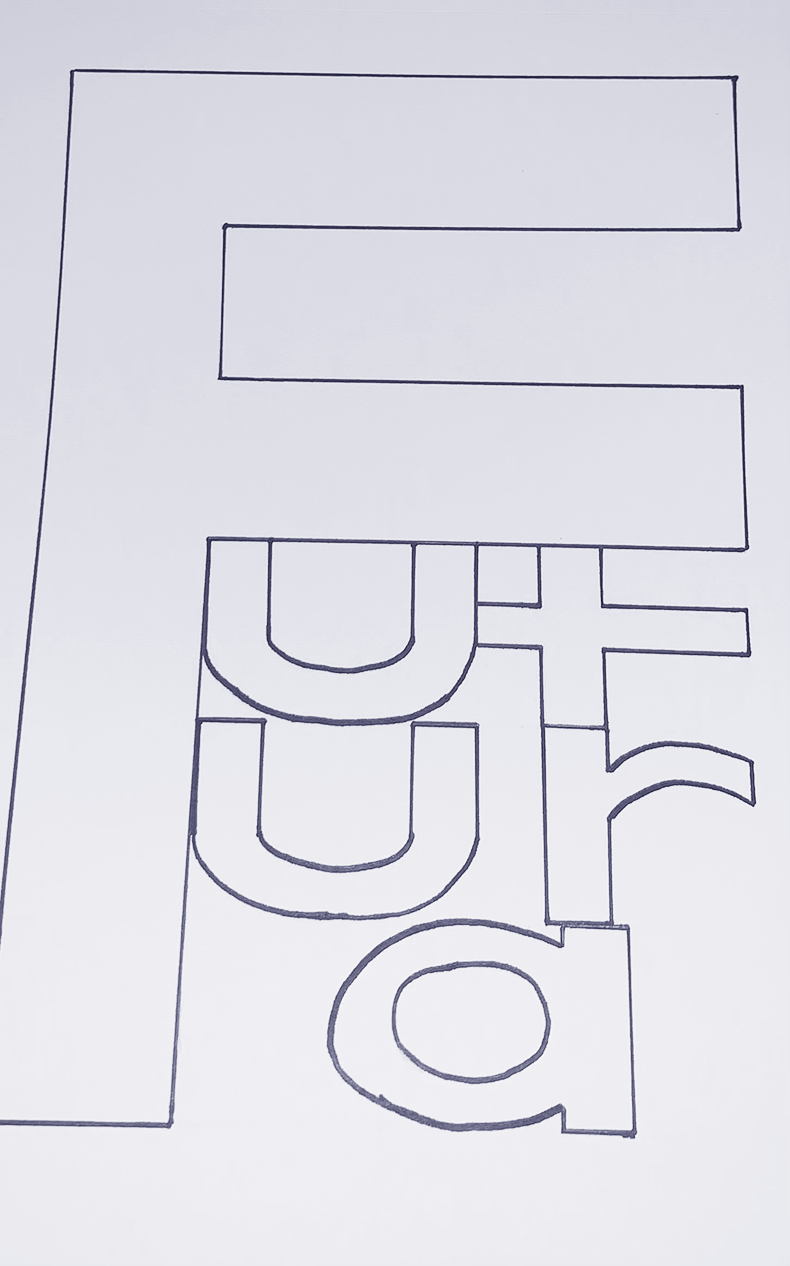 I began sketching a few individual screens to get an overall sense of what the structure of the design should look. A concept I began working on was to highlight the sharp strict structure of the Futura characters by revolving that to the entire screen and showcase the beauty of the typeface.

Once I produced a sketch of the design that I was happy with, I moved onto Adobe Illustrator to start applying the content digitally. This was my favourite part of the process because I find it easy to manage my work and time when using illustrator. I was able to produce a digital version of my design quite quickly and started to finalise the screen.

However, this ended up creating a small setback for me as I didn’t like how the final version turned out in the end. I needed to go back and make some changes and adjustments to enhance the work.

I thought of an idea to split the letter “T” in half displaying a black and white colour split. This was because I didn’t like how the original placement of the T looked in the overall design. I had to play around with some tools to split the T into two colours which gave me a lot of trouble at the time. 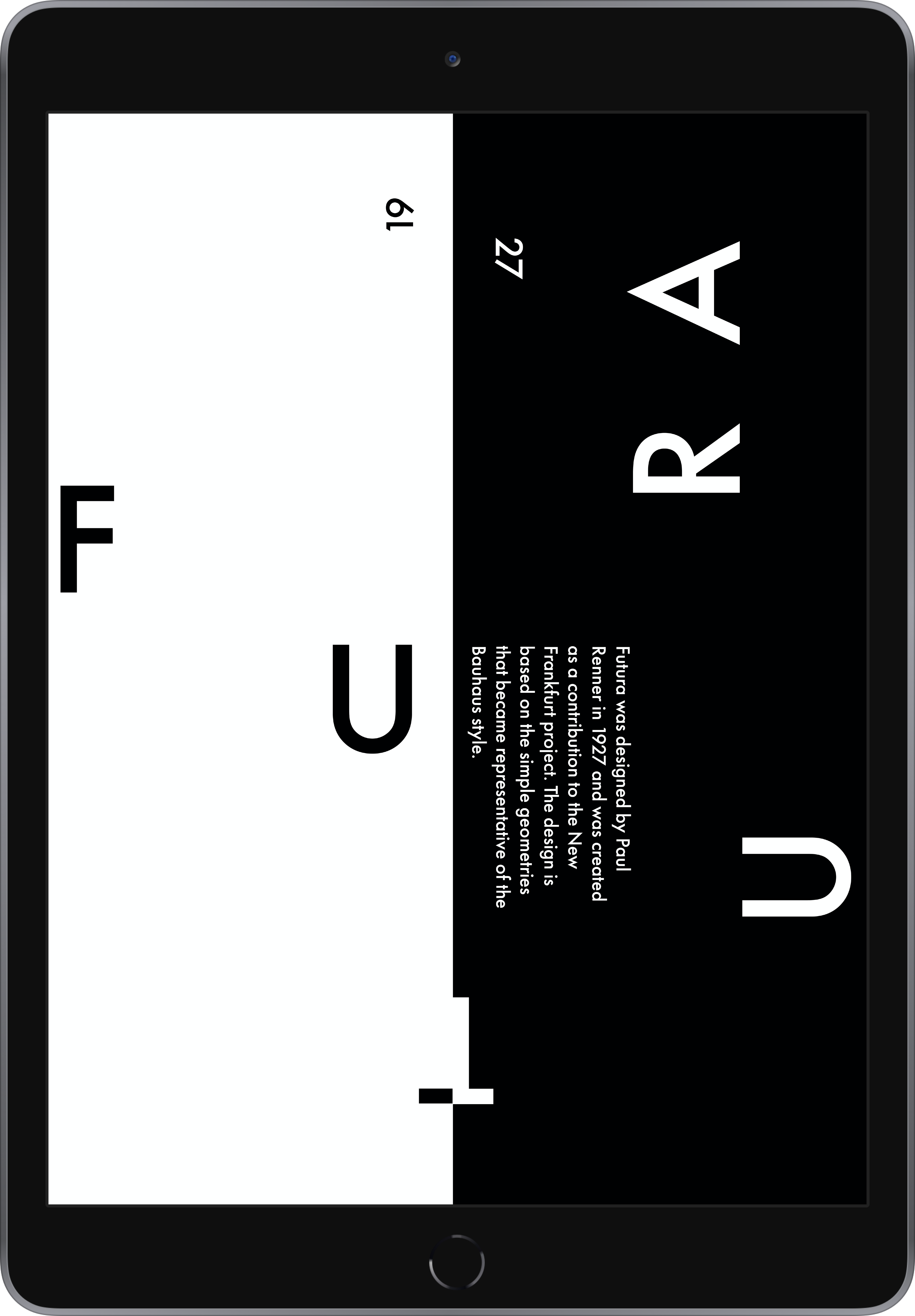 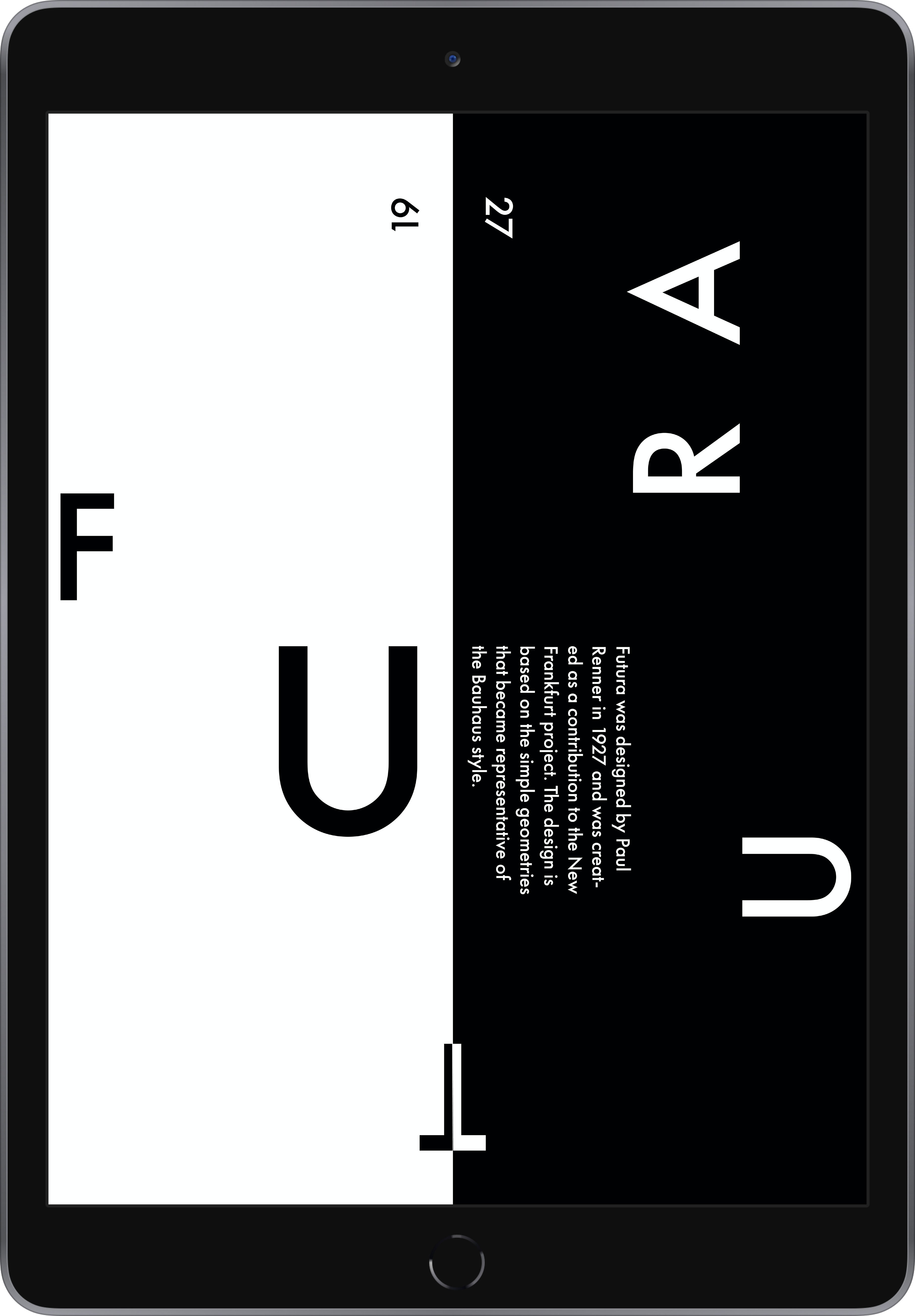 What this did was give more time to think of smarter ideas to strengthen the overall design. I took an approach to a more minimalistic look by removing the colour and only focusing on black and white. This approach of “less is more” actually magnified the beauty of the typeface and brought the screen to a more professional look.

What I learned from this was to always give yourself short breaks in between long work sessions so your eyes can readjust and look at the design again properly. Taking your time with a design is also very important because if I didn’t go back and try something else, I would’ve released it in a much poorer state. 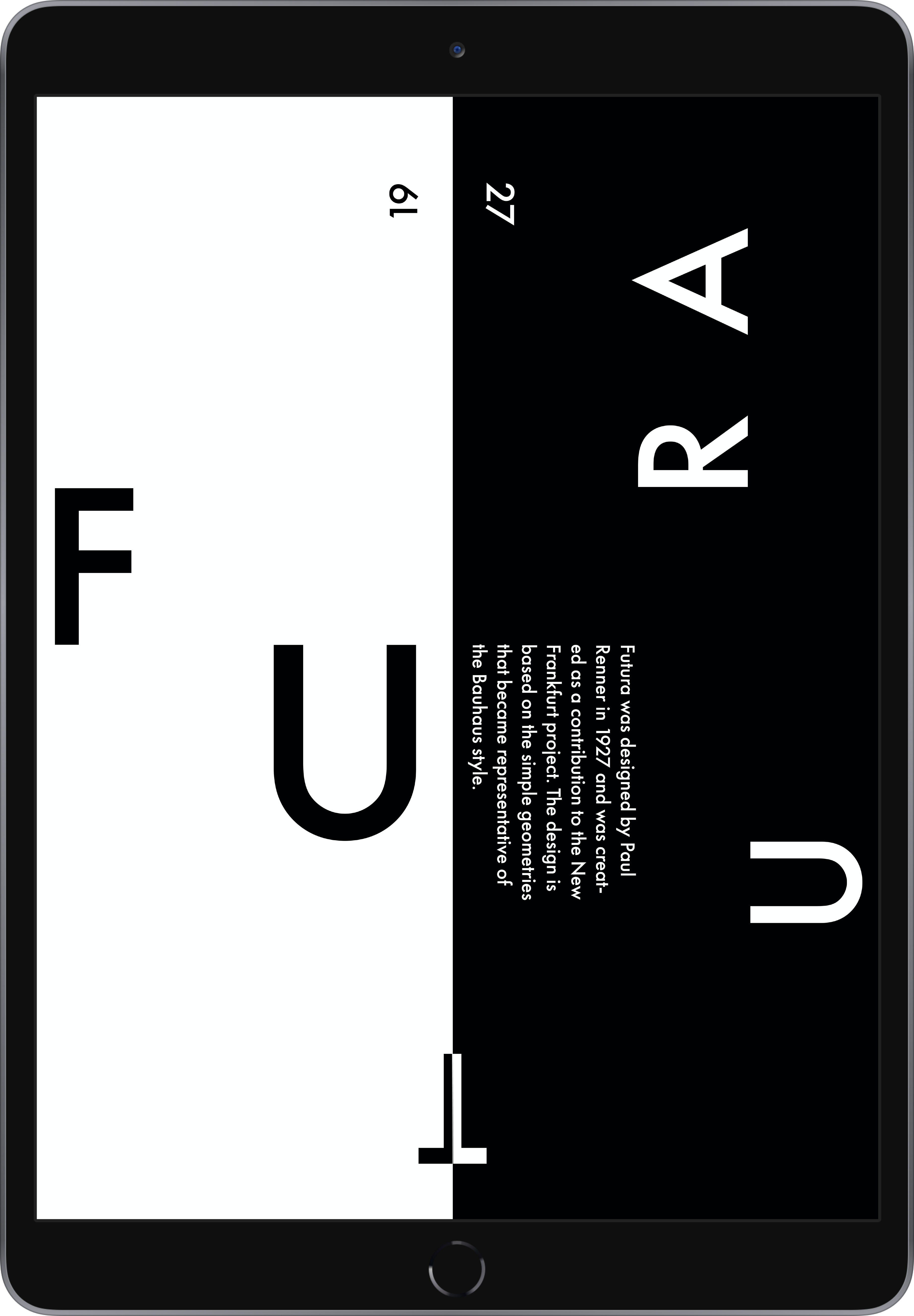